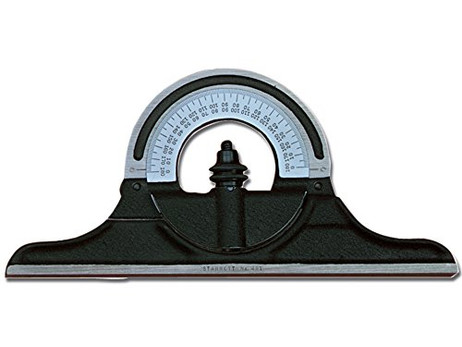 The Starrett PR-1224W Protractor Head, a reversible protractor head made of cast iron with a black wrinkle finish, attaches to combination squares, combination sets, and bevel protractors and fits Starrett blades 12" and longer. It has revolving turrets with direct-reading double graduations, 0 to 180° in opposite directions, for accurate reading of angles above or below the blade. The protractor head is reversible, with shoulders on both the front and back for reading on both sides.

Protractors are tools that measure specific angles, which allow users to create and replicate desired angles. The tools include a stationary base and movable rule, usually connected by a scale that may be digital or manual. They are useful in a wide range of applications, such as measuring crown molding and installing baseboards. A protractor can be included as part of a combination set, along with a center and a square. A center accurately locates the center of a circle or cylindrical rod. A square is used to scribe right angles and parallel lines, calibrate miter and table saws, or as a miter, height gauge, or depth gauge. 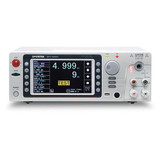 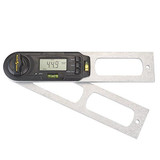